The AEMI Group developed the rationale for AEMI, defined its building blocks and outlined a path for its gradual deployment across the ASEAN Economic Community (AEC).  Through its AEMI Working Papers, the group argued that AEMI would be consistent with the purpose of the AEC, which is to transform ASEAN into a single production market with a free flow of goods, services, investment and skilled labour.  Moreover, the work of the AEMI Group showed that, if designed properly and implemented efficiently, AEMI has the potential to deliver economic, social and environmental benefits to all the ASEAN member States.  It could also provide new approaches at the regional ASEAN level to improve energy efficiency, support deployment of renewable energy and address energy poverty across the AEC in line with national objectives.

AEMI Group members established a dialogue with ASEAN policymakers. They delivered the message that the successor to APAEC 2010-2015 would need to move from energy “co-operation” into energy “integration”.  They argued that this was necessary in order to take the next step beyond the current piecemeal bilateral trading arrangements and into fully integrated energy policies within the framework of the AEC. The AEMI Group worked with the ASEAN Secretariat, and relied on the data and publications from the ASEAN Centre for Energy (ACE).  The group was invited to address the thirty-first Senior Officials Meeting on Energy (SOME) in Bali (June 2013), which endorsed the AEMI Initiative and encouraged the AEMI Group to report on its work to subsequent SOME sessions.

Developing the AEMI blueprint and roadmap

More recently, ASEAN Energy Ministers adopted “ASEAN connectivity and energy market integration” as the main theme for the ASEAN Plan of Action for Energy Cooperation (APAEC) 2016-2025.  As a result, the AEMI Initiative shifted its focus from making the case for AEMI, to building an AEMI blueprint and roadmap.  AEMI Working Papers and Potential AEMI Forums aim at formulating policy recommendations to further develop AEMI components, and to design its deployment throughout the AEC. 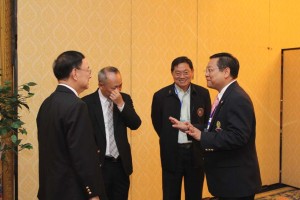 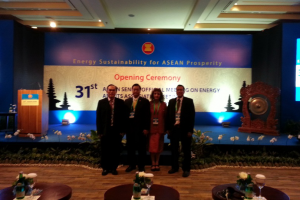 AEMI Delegation at the Senior Officials Meeting on Energy (SOME) in Bali on June 24-28, 2013 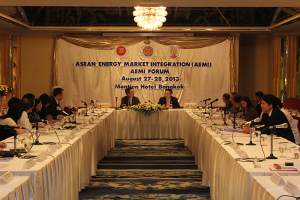 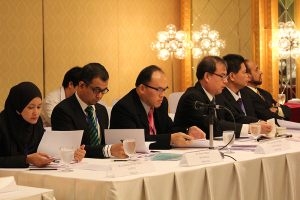